The Basilica of Saint Nicholas, located in the Old Centre district of Amsterdam,  is the most prominent Catholic church and one of the prominent architecture visible from the central station. Adrianus Bleijs who  designed the church had played the combination of several revival styles like Neo-Baroque and neo-Renaissance .

The facade is crowned by two towers with a rose window in between. The centre of this window is formed by a bas relief depicting Christ and the four Evangelists. A sculpture of the patron saint of both the church and the city of Amsterdam was placed in a niche in the upper section of the gable top. The well-known sculptor Bart van Hove  made the sculpture in 1886. The crossing is articulated by a large octagonal tower with a baroque dome and lantern and crowned by a cross. The basilica has a collection of religious murals. Above the high altar is the crown of Maximilian I, which is a symbol seen throughout Amsterdam.Inside, a 19th-century Sauer Organ can be found, on which concerts are given and mass is performed regularly even in other languages like English and Spanish. 12.00 noon to 15.00 pm is good time to visit the church. 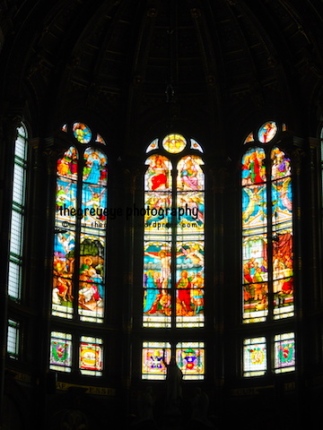 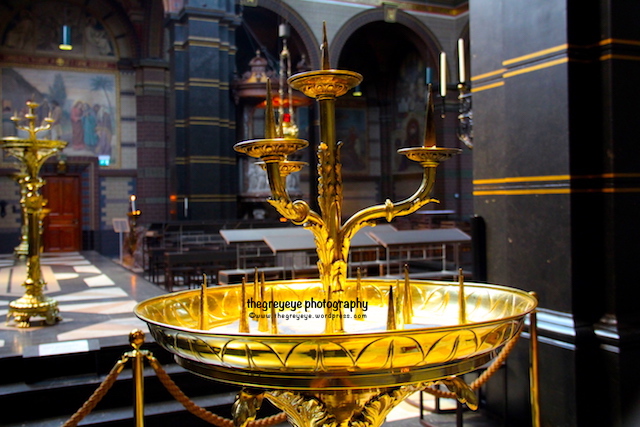 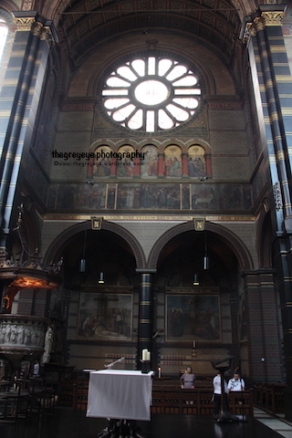 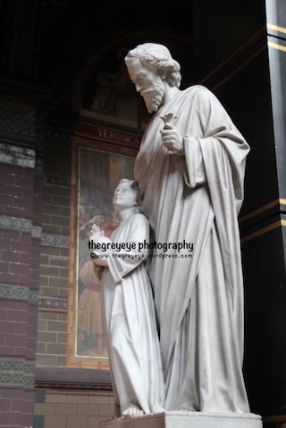 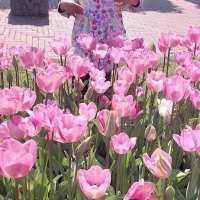 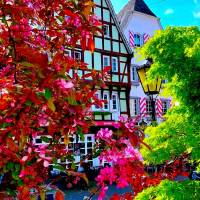 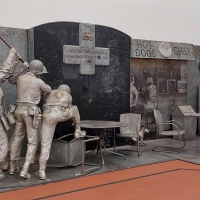 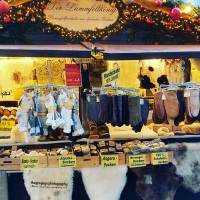 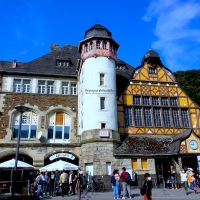