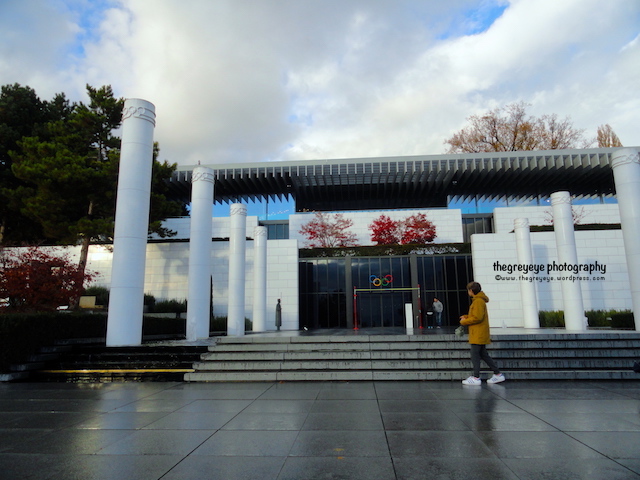 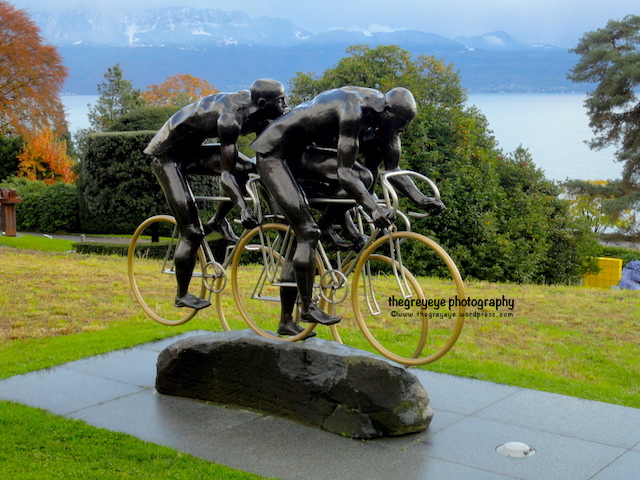 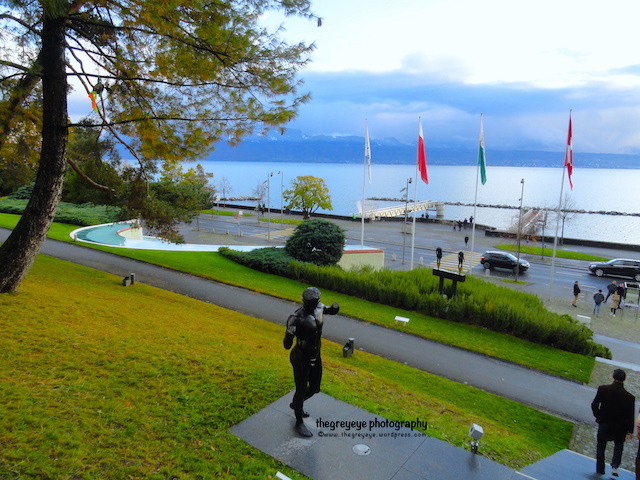 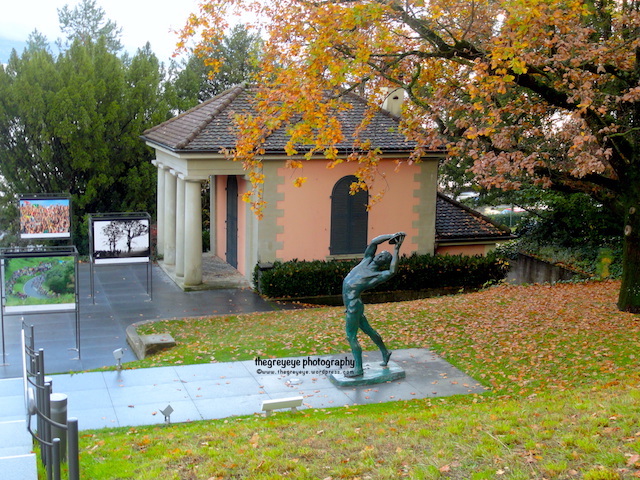 When I was planning for Lausanne, I asked my friend Urska about what to do there. She told me not to miss olympic museum. So, in between my busy conference schedule, I tried not to miss this one.  Last day of conference, we took off little early and I took the metro to Ouchy. It is the last stop of Metro 2 and the closest stop to the museum. If you are staying in a hotel or hostel, the ride is free with the transport card provided by them. 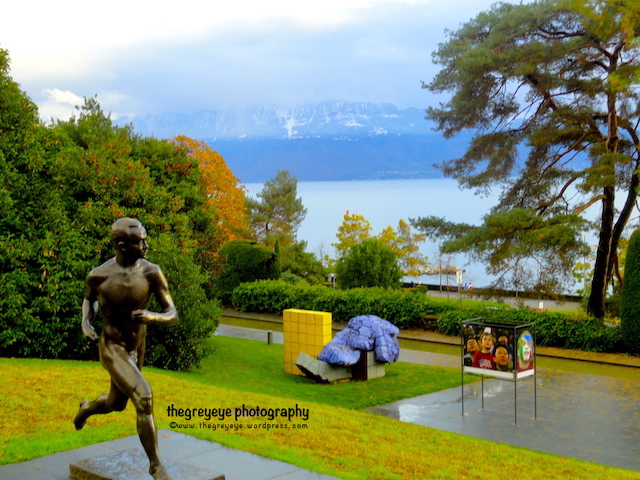 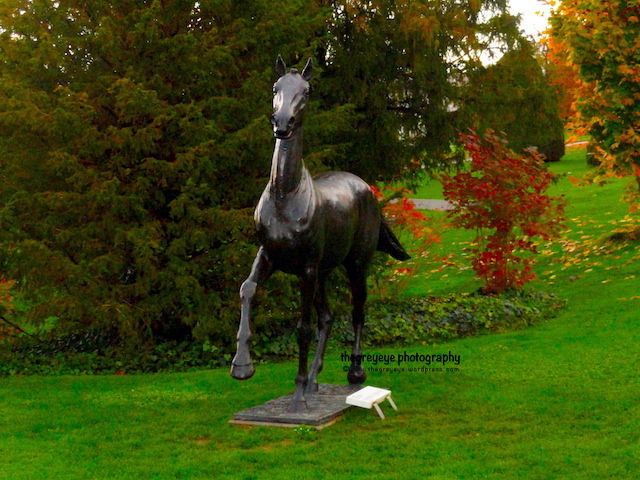 The museum is ten minutes walk from Ouchy-Olympic metro station. Walk by the lake geneva itself is a treat for eyes. Museum generally open from 10-6pm in oct-april on Tuesday to Sunday with exception of 25th December and 1st January.  The entry fee is CHF18 for adults. Outside of the museum, there are few statues of different games  and the ever burning olympic torch. 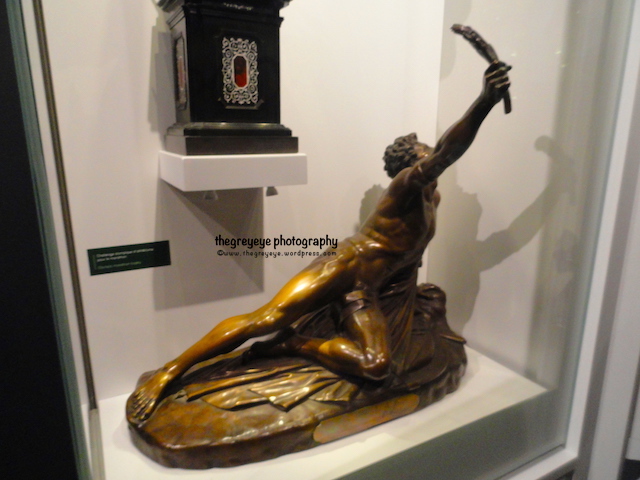 The written history of the game dates back to the 776 BC in the sanctuary at Olympia, in the Peloponnese, Greece held in honour of Zeus and to unite the Greek people by bringing together people with the same origins, speaking the same language and with the same beliefs. The first section of the museum describes the history  and mythology of the game. 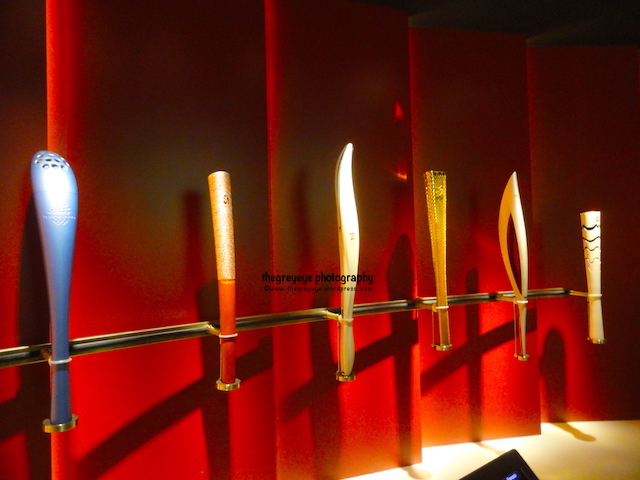 The display shows  torches from different years, along with dresses, soft toys and  models of different stadiums. The Olympic flame is lit in Olympia a few months before the Games open. Thousands of torch- bearers carry it during its journey to its final destination in the stadium, where it will be used to light the cauldron at the Opening Ceremony of the Games.The relay is a creation of the modern Games, as it rst appeared in 1936. 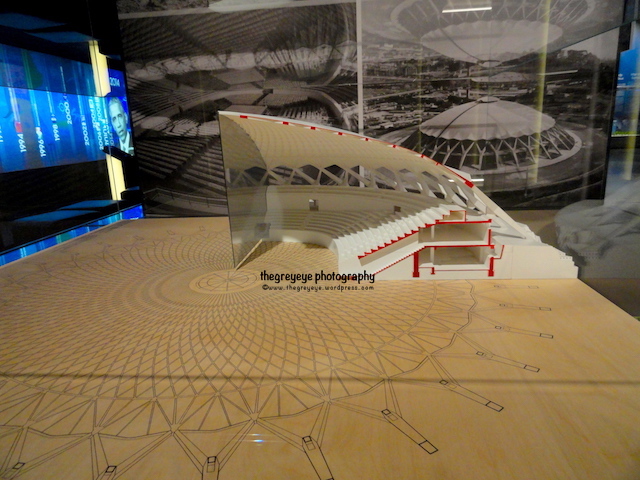 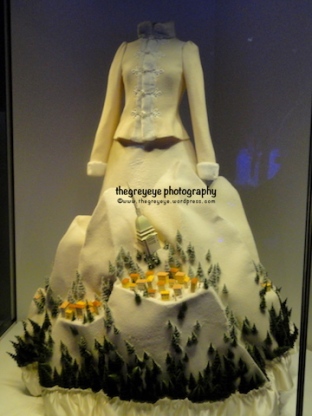 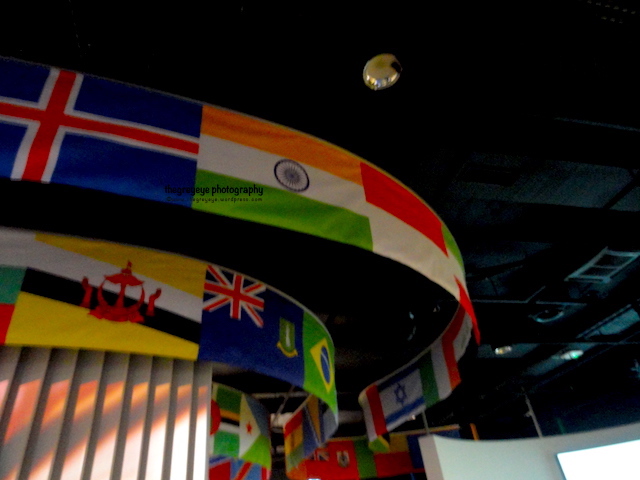 The five interlinked rings  of olympic represent the five parts of the world united by sport, and the coming together of the world’s athletes at the Olympic Games. The rings form one of the world’s best-known emblems.

The best display , however, in the museum is the display of olympic medals since the starting of modern game. Each year three medals, gold, silver and bronze, are kept with the name of the city in which the game was held that particular year.

Though I think the museum is little overpriced, if you are into the games, this is the must stop for you while in Lausanne.

8 thoughts on “The Olympic museum , Lausanne..” 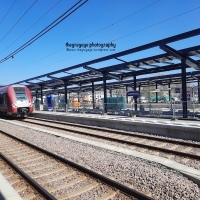 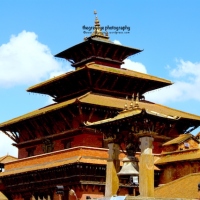