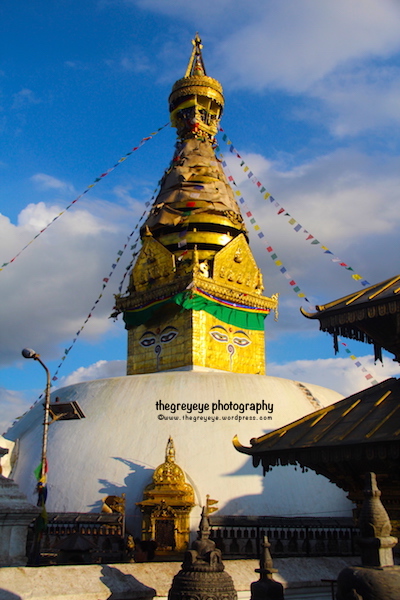 Swayambhunath ,considered  as the most sacred among Buddhist pilgrimage sites, is an ancient religious architecture atop a hill in the Kathmandu Valley.  The literal  meaning of the name means arising from itself in Sanskrit. Also the local Nepali language calls it as Singgu, meaning ‘self-sprung’. If you are tripping Nepal, this is one of the must-not-miss   destination .. 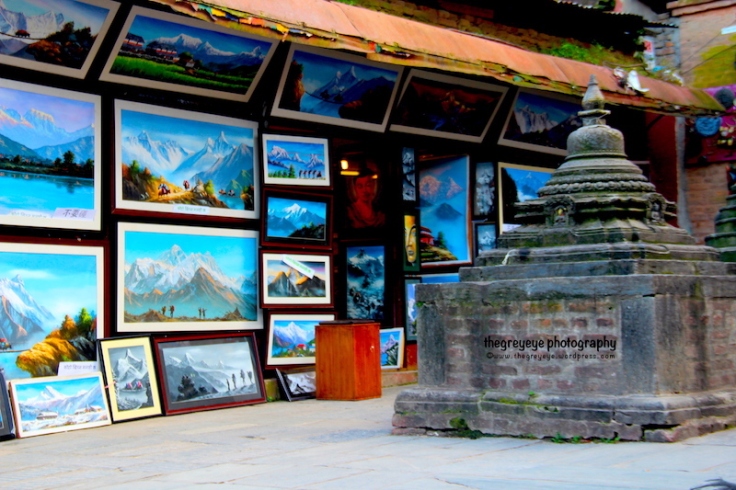 The place reminded me a lot of Montmartre, as many  local artists and sculptors are accumulated here to portray the beautiful valley of Kathmandu, the ancient deeply religious culture and the snow covered Himalayan mountain range though brush and stone. 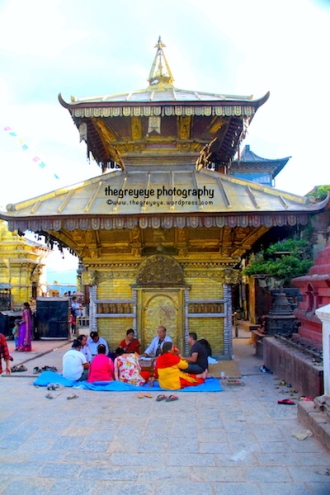 The mythological origin of the stupa has fascinating stories. According to Swayambhu Purana which describes the origin of Kathmandu valley, the entire valley was once filled with an enormous lake, out of which grew a lotus with thousand petals. The name comes from an eternal self-existent flame (svyaṃbhu) over which a sūpa was later built. 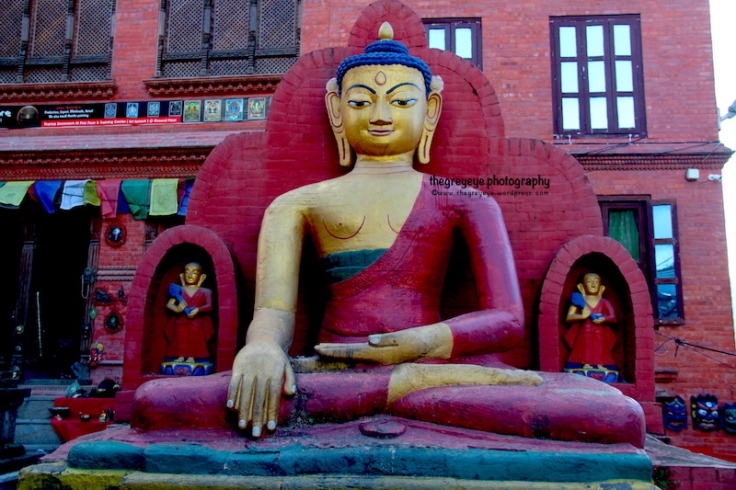 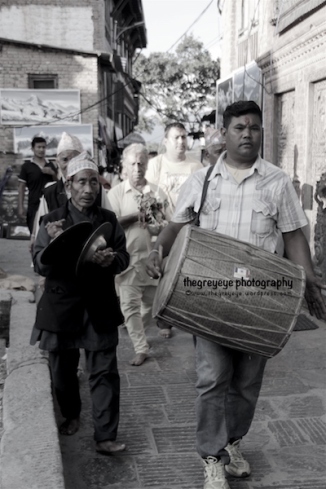 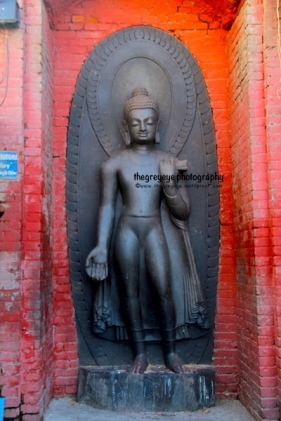 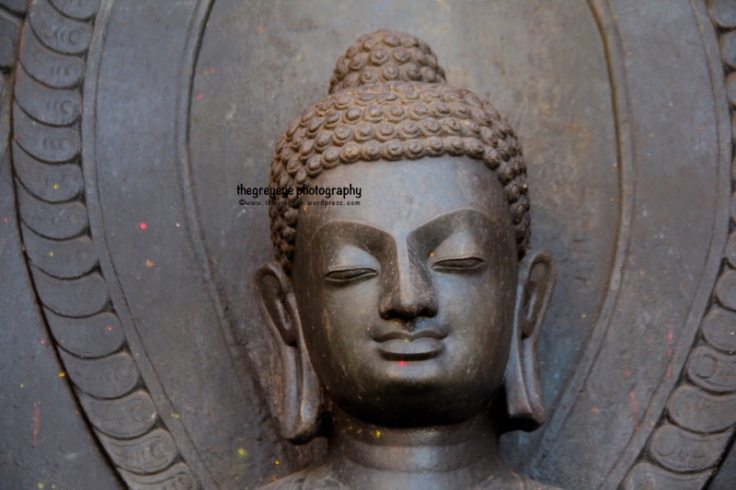 Although predominantly a Bauddha stupa, many Hindus also come here for visit along with travellers from around the world. The Swayambhunath was founded by King Vṛsadeva, about the beginning of the 5th century CE. This seems to be confirmed by a damaged stone inscription found at the site, which indicates that his great grandson King Mānadeva ordered work done in 640 CE. The stupa suffered damage on Nepal earthquake in 2015, but certainly lesser than the other tourist places like durbar square . 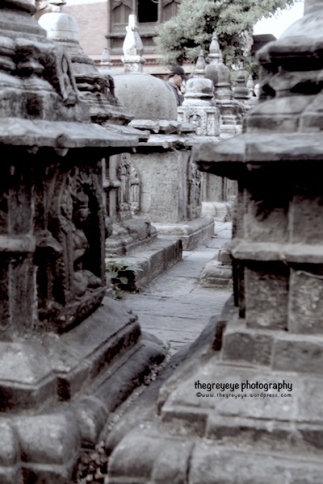 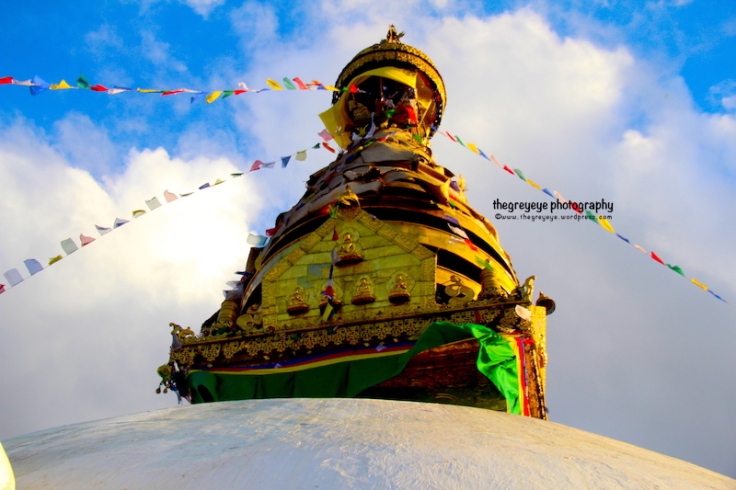 The symbolism in the stupa shows a dome at the base representing the entire world. When a person awakes from the bonds of the world, the person reaches the state of enlightenment. The thirteen pinnacles on the top symbolize that sentient beings have to go through the thirteen stages of spiritual realizations to reach enlightenment or Buddhahood. There is a large pair of eyes on each of the four sides of the main stupa which represent Wisdom and Compassion. Above each pair of eyes is the third eye. It is said that when Buddha preaches, cosmic rays emanate from the third eye which act as messages to heavenly beings, so that those interested can come down to earth to listen to the Buddha. 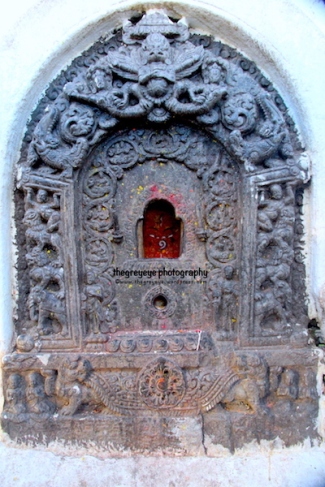 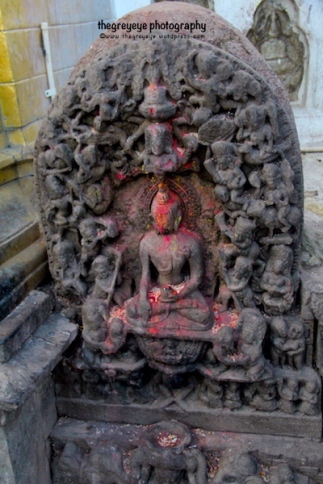 Swayambhunath is also known as the Monkey Temple as there are holy monkeys living in  the temple. They are holy because Manjushri, the bodhisattva( one birth of buddha)  of wisdom and learning was raising the hill which the Swayambhunath Temple stands on. He was supposed to leave his hair short but he made it grow long and head lice grew. It is said that the head lice transformed into these monkeys.Manjusri had a vision of the lotus at Swayambhu and traveled there to worship it. Seeing that the valley can be good settlement and to make the site more accessible to human pilgrims, he cut a gorge at Chovar. The water drained out of the lake, leaving the valley in which Kathmandu now lies. The lotus was transformed into a hill and the flower became the Swayambhunath stupa. 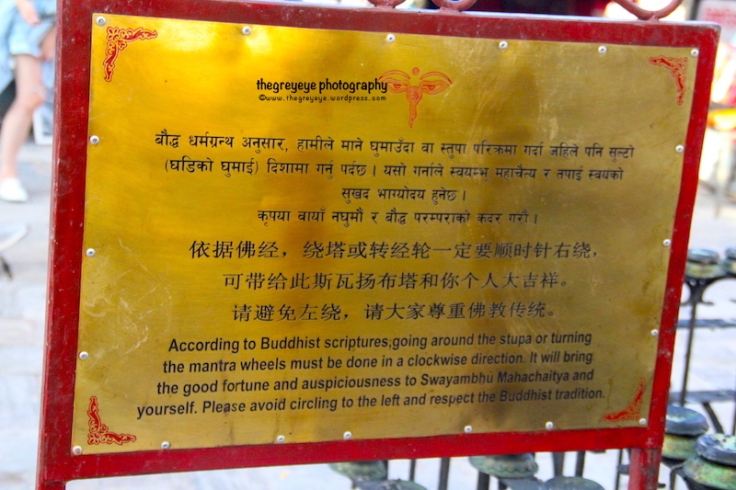 Each morning before dawn hundreds of Buddhist (Vajrayana) and Hindu pilgrims ascend the 365 steps from eastern side that lead up the hill, passing the gilded Vajra (Tibetan: Dorje) and two lions guarding the entrance, and begin a series of clockwise circumambulations of the stupa. The hill offers a breathtaking view of the whole Kathmandu valley. 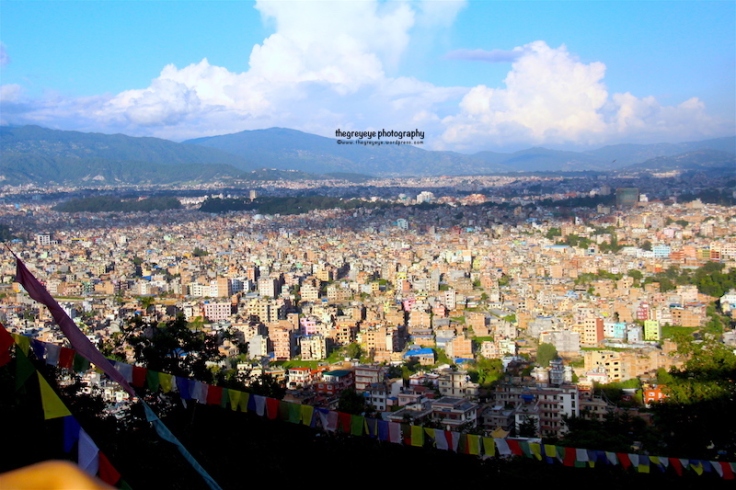 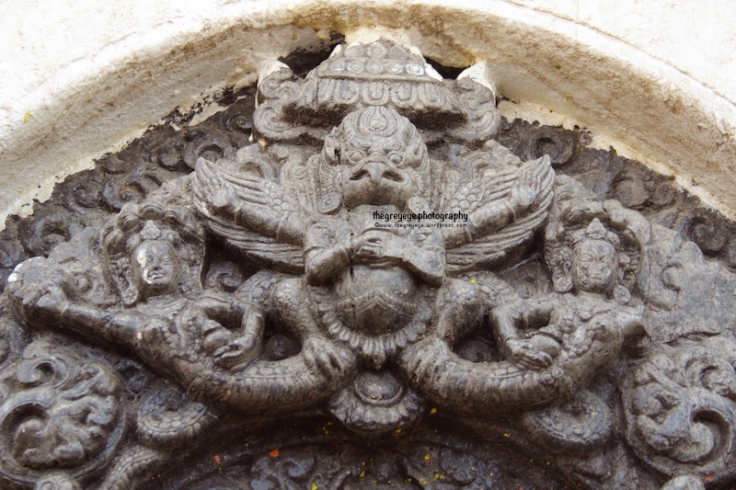 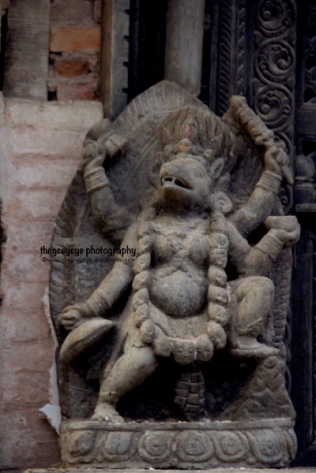 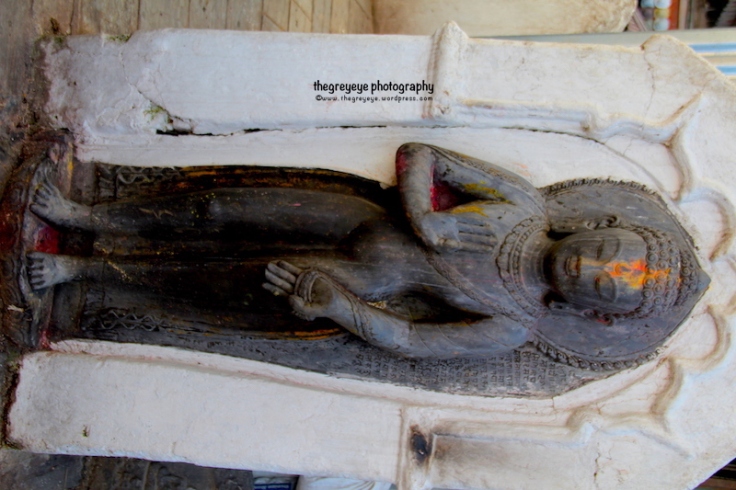 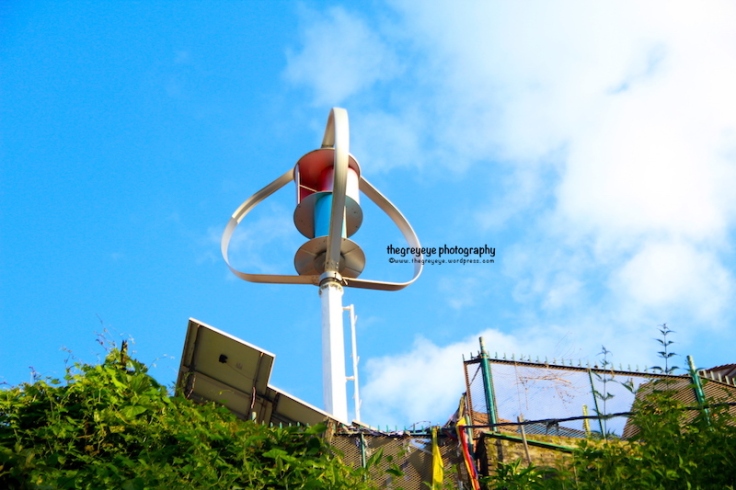 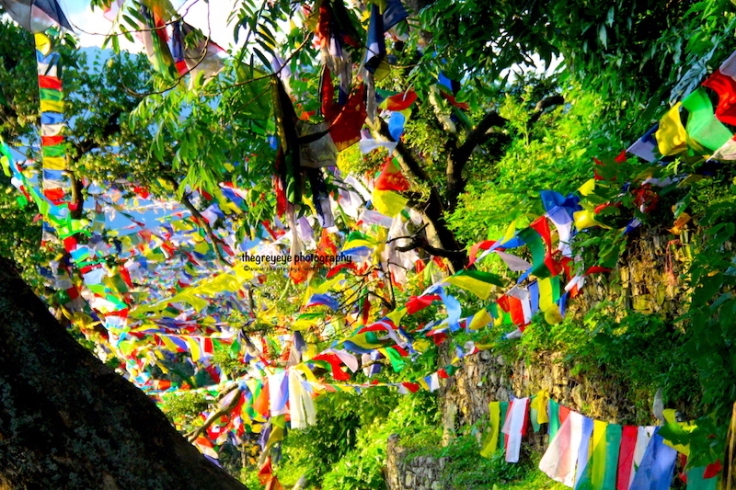