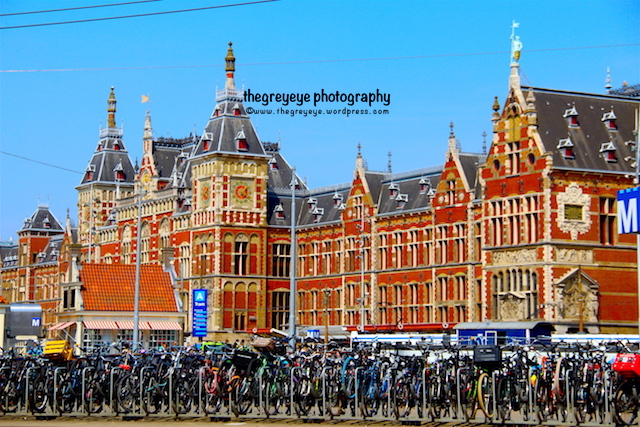 Amsterdam!! One of my most favourite places in Europe. We were lucky to have our friend Ramon there who hosted us during our three days stay. I do not have to cite you the examples why it is a traveller’s paradise,you know it all. But I certainly would like to share, why I loved it .  In this era of ‘showing off’ one’s own possessions in every social media, I found the exclusive dependence of the city on bikes extremely appealing..it is so inspiring that somewhere people are so environment friendly .. I loved the greenery-so much within a metro, enjoyed the canals , felt the emotional bond once again with Anne while visiting her house, met some awesome people, got lost in the beautiful Jordaan.. dazzled with the beautiful women in the red light district. made friendship with an old bookshop owner while listening to the story of travel in his young days… was surprised by the ethnic tolerance …and I wanted to go back time & again!! 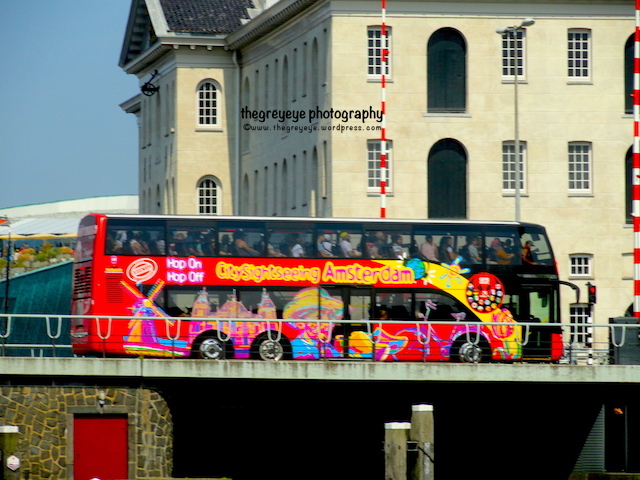 Amsterdam is truly gezellig,  a Dutch quality that translates roughly as cosy, more easily experienced than defined. There’s a sense an intimacy of the here that leaves all your troubles behind, it is so relaxing. But the best way to feel that, is to get lost in the city by foot. It is not a very big town, you can easily cover it by walking in 2 -3 days.Though, the hop off hop on have their own sight seeing tours along with numerous bike tours and boat tours, I would suggest , simply walk and feel the city in your veins.. With the moto “Leef en last leven’ meaning live and let live’ , the city certainly welcomes all visitors. 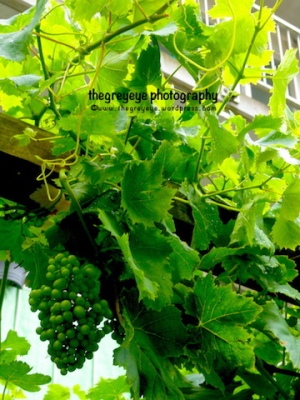 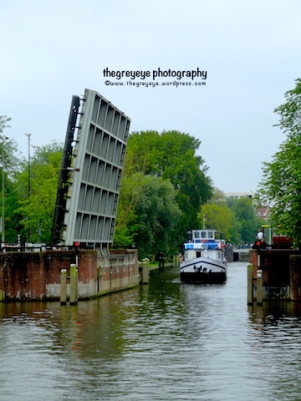 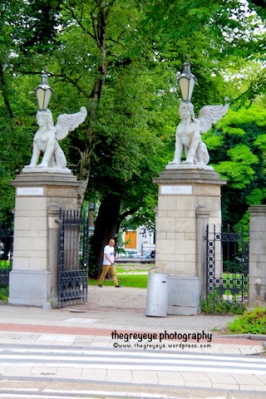 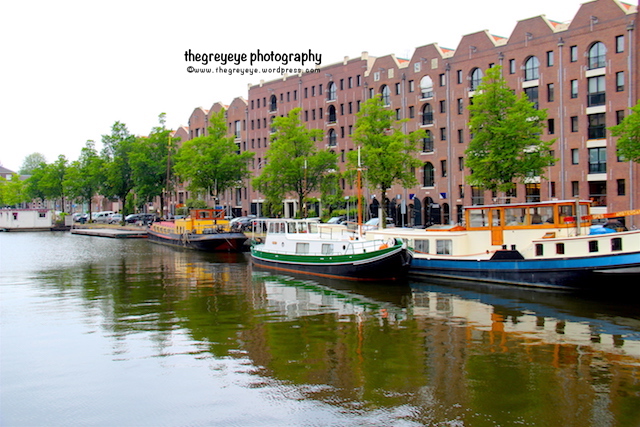 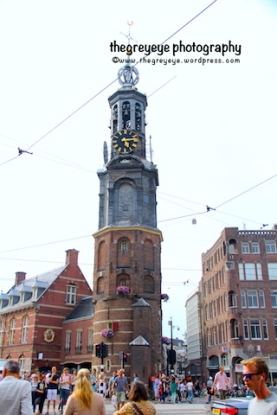 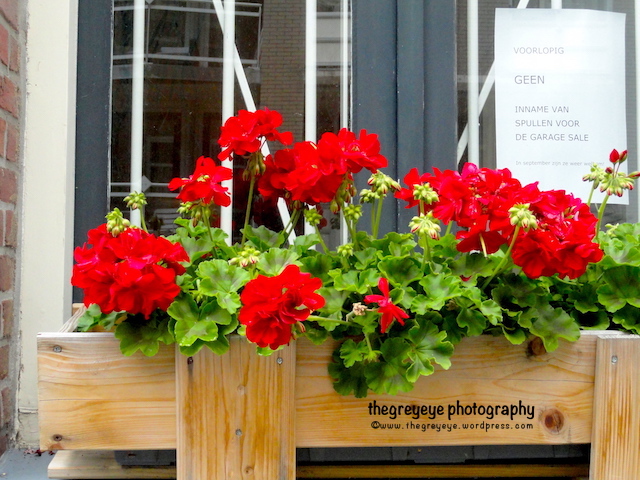 ALL-SEEING SPINOZA: This monument to the Dutch philosopher  and rationalist is almost massive enough to live up to his legacy. Spinoza  was from a Jewish family, of Portuguese origin. He became known for his ideas about freedom of expression, tolerance and freedom of religion and modern biblical criticism.Understandably politicians do not like to hear the voice of rationality , so he was excommunicated from his synagogue.The birds on the statue are rose-ringed parakeets, an exotic bird which has settled in Amsterdam in the past few decades. The bright green birds first settled in the Vondelpark, but can nowadays be seen throughout Amsterdam. They symbolize the immigrant city Amsterdam was in the 17th century and still is today.Spinoza lived an outwardly simple life as a lens grinder, turning down rewards and honours throughout his life, including prestigious teaching positions. He died at the age of 44 allegedly of a lung illness, perhaps tuberculosis or silicosis exacerbated by fine glass dust inhaled while grinding optical lenses. He is buried in the churchyard of the Christian Nieuwe Kerk in The Hague. 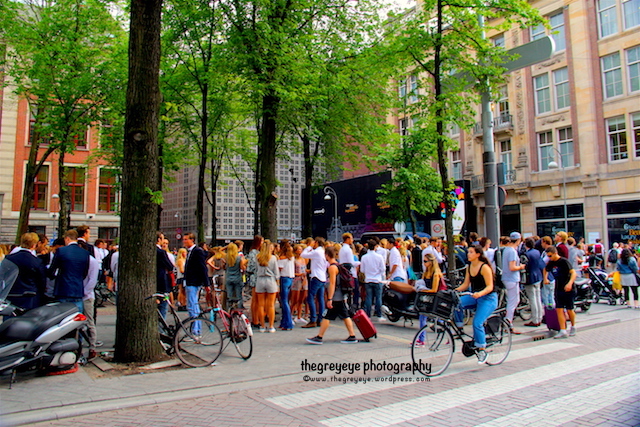 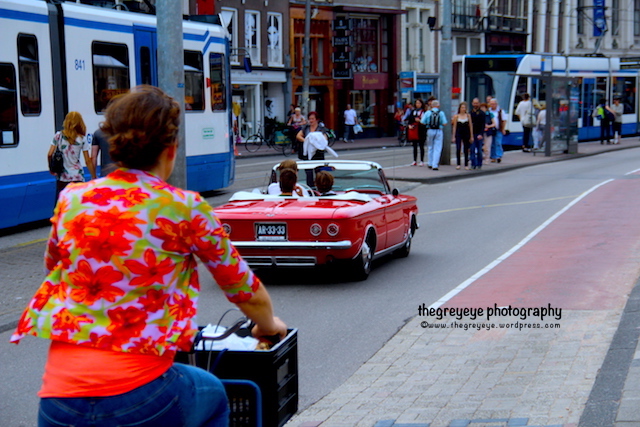 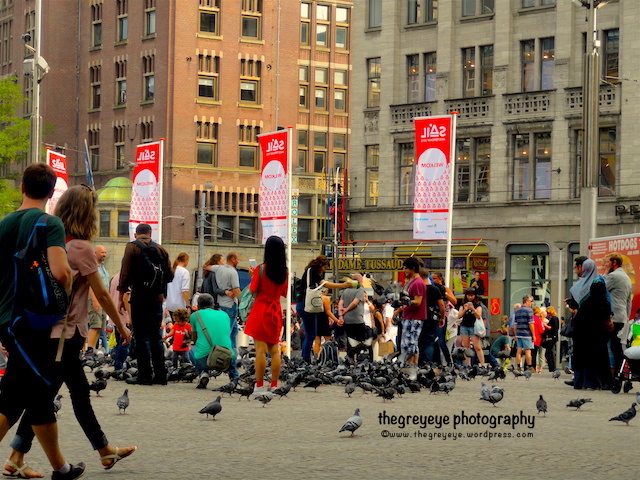 Dam Square lies in the historical center of Amsterdam, approximately 750 meters south of the  Centraal Station, at the original location of the dam in the river Amstel.  It is indeed the most vibrant place of the town.  The Dam marks the endpoint of the other well-traveled streets Nieuwendijk, Kalverstraat and Damstraat. A short distance beyond the northeast corner lies the main red-light district: de Wallen.

On the west end of the square is the neoclassical Royal Palace, which served as the city hall  until its conversion to a royal residence. Beside it are the 15th-century Gothic Nieuwe Kerk (New Church) and the Madame Tussaud’s Wax Museum. The National Monument, a white stone pillar designed by J.J.P. Oud and erected in 1956 to memorialize the victims of World War II, dominates the opposite side of the square. Also overlooking the plaza are the NH Grand Hotel Krasnapolsky and the upscale department store De Bijenkorf. All day long, several street artists and music bands perform here spreading a lively wave .

REMBRANDT KEEPS NIGHT WATCH: Named after the Dutch painter’s most famous painting, this sculpture shows the artist leading the cavalry against an unseen nemesis: Philistines. The square in front of the statue held a Regulierspoort or gateway into the city. By 1655, the city had expanded beyond this area and it began to attract visiting farmers who brought their butter, dairy and poultry products to sell in the city and it became known as Botermarkt or butter market. By 1668, the Regulierspoort housed a Waaggebouw or weigh house. Each autumn, the square hosted a fair and the farmers’ stalls were replaced by dance orchestras and circus tents. The market continued under this name until 1876 when a statue of Rembrandt by sculptor Louis Royer was moved from the perimeter to the centre of the square and it was renamed Rembrandtplein  By the early twentieth century, the square developed into a centre for nightlife drawing artists, young people and laborers. To serve these visitors, several hotels, cafés and entertainment venues opened in the adjoining streets. The area continues to be popular with residents and tourists.

Amsterdam is certainly ‘the city of bikes’. The bicycle culture with good facilities for cyclists such as bike paths and bike racks, and several guarded bike storage garages (fietsenstalling) for a nominal fee is unique and found in no other city. In 2013, there were about 1,200,000 bicycles in Amsterdam outnumbering the amount of citizens in the city. Theft is widespread – in 2011, about 83,000 bicycles were stolen in Amsterdam. Bicycles are used by all socio-economic groups because of their convenience and  Amsterdam’s small size, the 400 kilometres (249 miles) of bike paths…and I guess  another reason must be  they love their city… 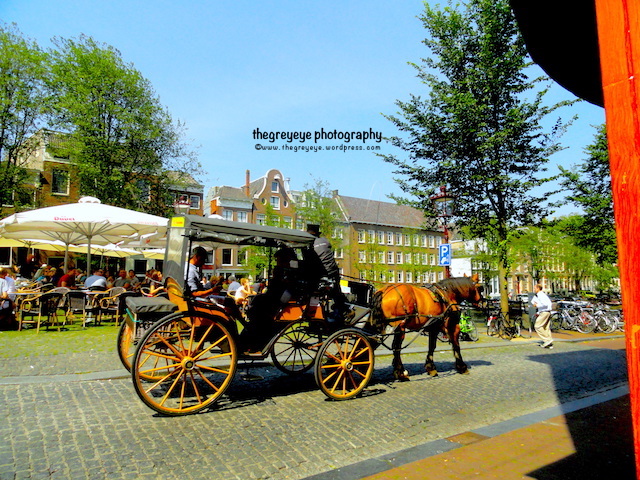 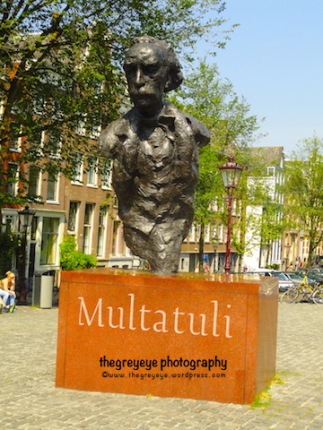 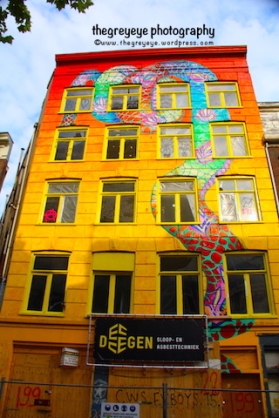 37 thoughts on “Amsterdam by foot…”

Follow Life as we see it.. on WordPress.com
Join 2,961 other subscribers 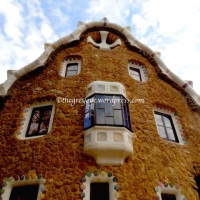 Follow Life as we see it.. on WordPress.com
Join 2,961 other subscribers