If you are visiting Brussels, I do not think buying Brussels card is worth it. In 24 hours, how many museums can you see excluding your sleep, meals and transport to one place to another. Brussels card is 22EUR for 24 hours, combined hop off hop on buses are 33 EUR. But I think it is waste of money. Best thing is to go to grand palace, see the town hall and 3-4 museums are right here. Most notable museum of Grand palace is the Museum of the City of Brussels. 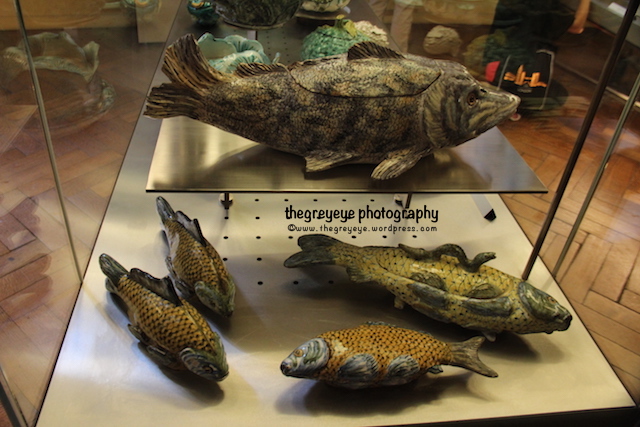 It is sheltered in a building of neo-Gothic style,which is known as Maison du Roi.  In 1695, when the city was bombarded by Marshal de Villeroy, the Town Hall was destroyed by fire. It took its toll on the former building as well. So,Maison du Roi was reconstructed   in the 19th century by the architect of the City, Victor Jamaer. Classified in 1936, the Maison du Roi is registered, since 2000, on the UNESCO world heritage together with the whole Grand-Place.

Charles Buls, Mayor of the City, and Alphonse Wauters, the archivist, were the mastermind behind the idea of creating a local museum. The first municipal museum was installed on the second floor of the Maison du Roi and inaugurated in 1887. At the time, Charles Buls already has a double objective: on the one hand, welcoming the foreign visitor, and on the other hand, making the history understandable to the local population. 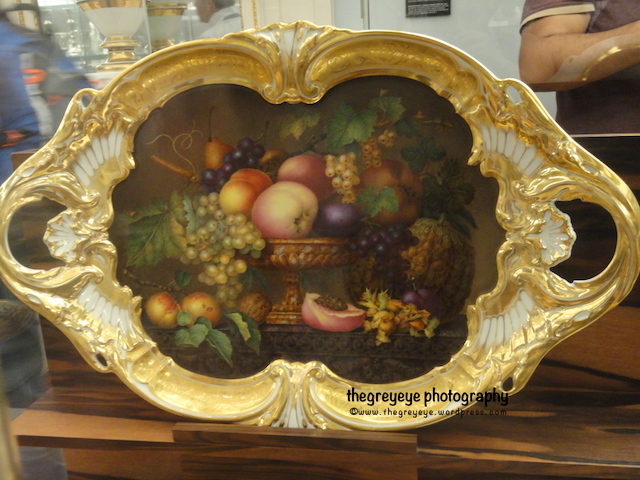 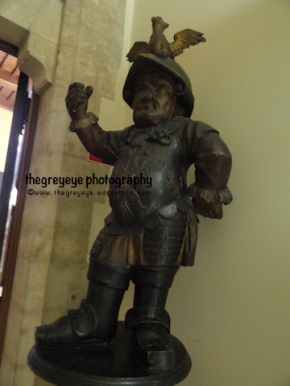 The name Broodhuis (bread market) refers to the first affectation of the building in the 13rd century. The ground of this hall belonged however to the duke of Brabant, who lived in the 16th century when Charles the Fifth was king of Spain. This explains the French name ‘Maison du Roi’. The duke wanted to show his power against the municipal power which was concentrated over the city hall, so just opposite city hall, he built this building . 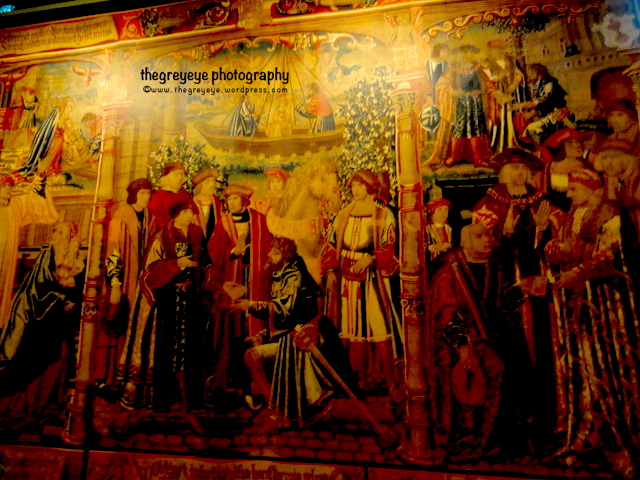 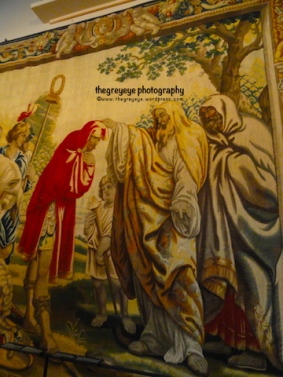 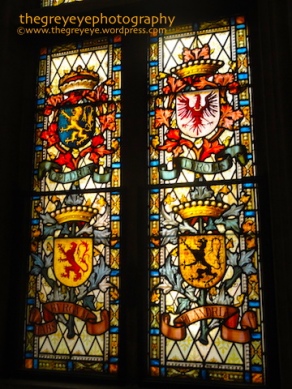 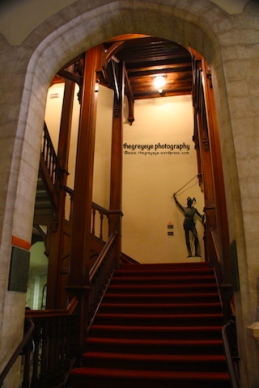 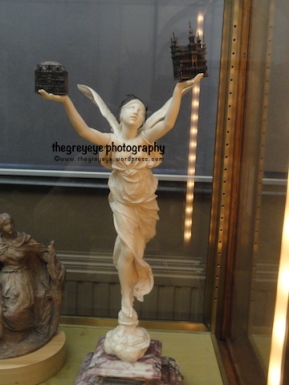 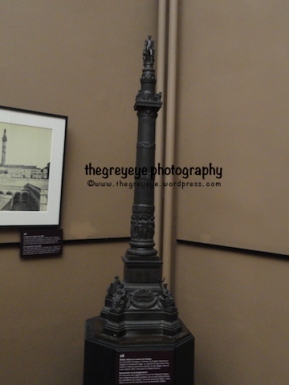 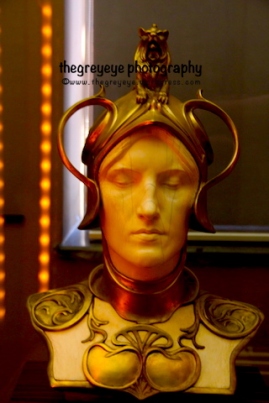 As you can see, the collections of the Museum of the City present a very diversified character: models, objects like flags, bannisters, objects in ironworks, sculptures, paintings, altarpieces, tapestries, china, plans of the city, the archaeological collections. The life of the Brusselses also have a place in the museum as depicted by pictures and tapestries. In 2008, a particular effort was dedicated to the development of the invaluable Brussels altarpieces of the 15th and 16th century. 4 tapestries of the 16th and 17th century are also exposed in the Museum. The most famous is the retable is that of Saluzzo.

When I saw the abse painting, I figured out that it must be about the devastating fire in the city hall of Brussels when attacked by the bombardment of French army. In this fire most of the grand place were destructed, though they were reconstructed shortly  after. 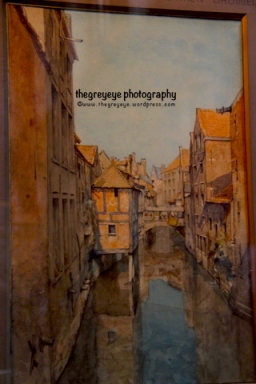 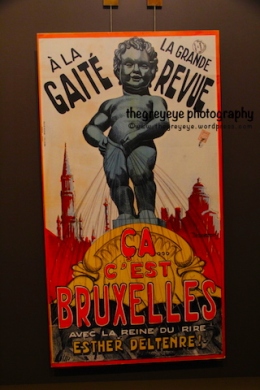 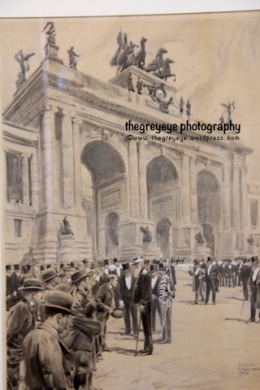 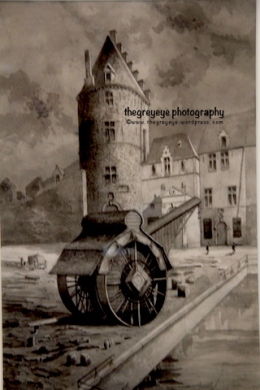 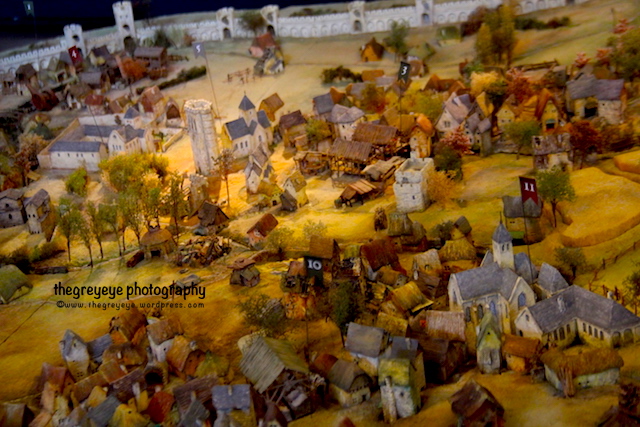 The museum offers free guided tours on the first Tuesday, Wednesday and Thursday of the month at 12:30 pm (without booking). There are thematic tours and group tours which are paid tours. Also,there are many exhibitions and displays in different times of the year. It is going to participate in the Museum Night Fever, which is going to happen in March this year like every year, when more than 20 museums of Brussels will be open from 7pm to 1 am and everything will come into life with various live programs. 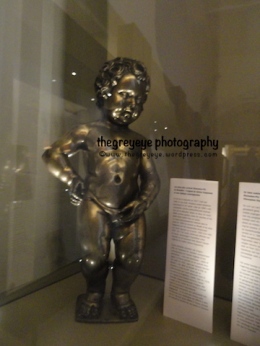 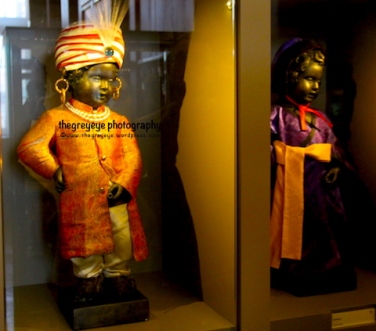 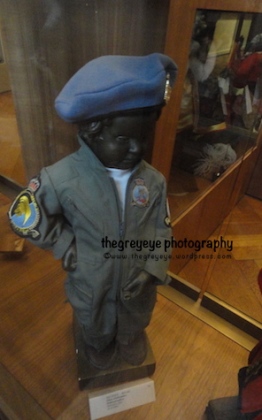 Manneken -Pis is the symbol of the city of Brussels and the wardrobe of Manneken-Pis are situated in this museum. Manneken Pis, dressed in every country’s traditional attire is kept in this museum. Many people do not know about this, but it is quite interesting. I did not clicked each and every piece of them, but here you can see some examples of the vast wardrobe.

Museum entry costs 8 EUR only and opens from Tuesday to Sunday 10-17 and on Thursdays till 20. If you are lucky to on the first Sunday of a month, the entry is for free. The audio guide is free on your smart phone. The museum shop offers you all archives in publication for sale. 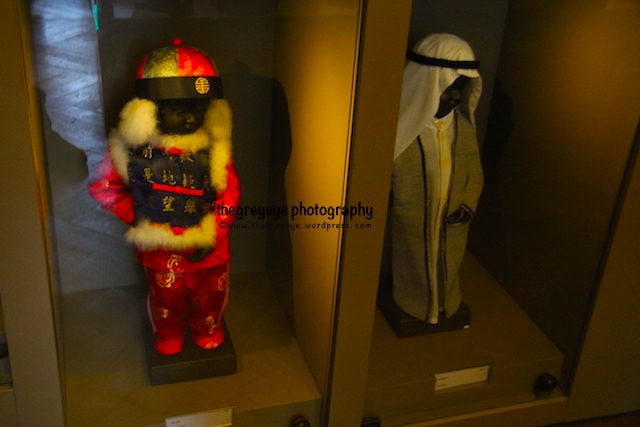 17 thoughts on “Museum of the city of Brussels.”