This time in Europe I am overwhelmed with treatment I got. I am really lucky I met some extra ordinary people and I believe the world is a better place just because these people are still there in every corner of the world.

I am a fan of carpooling in Europe, it is cheap and convenient, (very essential for frequent travellers) and I can meet a lot of people from different countries which is an add on! Till now I have got nice people in my ways to NICE, Barcelona, Paris, Toulouse, Amsterdam and Brussels. But the journey from Amsterdam to Brussels has been an exceptional one.

We booked a car on a SATURDAY @3 pm. Our French number was not working in Amsterdam, so our friend Ramon had been kind enough to communicate with our driver. He told him to pick us up from a bus station near his house. We waited there on time, but he did not show up. At last we had to go to near Amsterdam central station to find him. He apologized profusely and our journey started. Within short time we were talking as me and my boyfriend were the sole travellers. He is from Gambia and immigrated in Belgium. His wife is staying in Hamburg, so he is a frequent goer in this route as he told. In about one hour from Amsterdam, the car started doing a peculiar sound and stopped in the highway. He tried and tried, but it goes few meters and stops. We sided in a gas station, he made some call …nothing. So we are 112 kms from Brussels, in nowhere with a broken car. He talked with some gentlemen who were going to Breda, and offered a lift till there. But after reading so much of John Grisham and Harlan Coben, I was sure it is a trap. So I kept insisting to seek someone’s help who is going to Brussels directly. The man said, “you know, we are foreigner here and nobody is gonna help” and he was so right. Not a single person in the parking gave us a lift. So, reluctantly we agreed to go to Breda with three unknown Gambian. The whole half an hour, I was trying to understand what they are talking in French(?) and some word I heard meant “sharp”. You can imagine what I was imagining. We reached in Breda safe and sound.. and I knew how wrong I was. Our blabla car friend offered these two gentlemen a few bucks, who refused with smile and said anybody who is human enough will do the same.

Then our friend explained to us, we take a bus to Antwerp and then a train to Brussels. He offered me some mini Pretzels, I declined, I think he was little offended. As the Bus came, he went ahead and bought three tickets. We said “why do you, we have cancelled the journey, we will get the money back from Blabla, the car broke down, it is no one’s fault!!” He did not listen of course. I told my bf to buy the train ticket for all next time. We were not afraid any more, we knew we were lucky to get this nice man as driver. He could have said, what can I do if my car broke down! Of course it is nobody’s fault.. We reached Antwerp and and got the train. This time also, he shared the fare. We insisted him to get the money back and after much request he took it. K was taking photos as it is a beautiful station, I was talking to him. He said “ I am lucky I got nice passengers, I do not bother about the money but some passenger will make you feel so much guilty in such incident, that you would feel like dying”. I told him again, it can happen to anyone, why should we blame you?

He even took one of our bags, I had heavy luggages as I was directly from home without stopping to K’s apartment first. The train took around an hour and we asked him about the direction, He was so kind he took the tram with us to guide us to the hotel and again bought us the ticket for tram. We talked some more, he has a little baby, he does not wanna live in Brussels, wanna move to Breda or some small town, and like that. As we reahced our hotel, he again said sorry for the whole mishap, shook his hand and left. Everyone I met in Blabla has been very nice, but you get to know a person’s true nature when you are in danger. We reached hotel at 23-00 in stead of 17.30, but it was wholly worth it.

I want to thank him through this post, I do not even know his full name, and I am sure he will never gonna read this blog, but I still do. Thanks for being such a kind heart, and thanks for being a person who is aware of his responsibility

We were relocating from France to Germany and had three heavy back-packs , two extremely heavy trolley suitcases. Somebody sold poor K one trolley in the name of American tourister and it is definitely not one ! So, it could not bear the weight of books and wheels broke. He bought two separate wheels from Carrefour but did not work so well. While catching a bus for Munich we took a metro to Porte Maillot and if you know Paris Metro, you know sometimes how the stairs can be. Yeah, escalators are there, but not in all substations. So, I was standing with my extra –heavy trolley thinking how to go up, a lady came and help me carrying hand in hand up the stairs. In Paris !! The same did another gentleman from Japan, in Saint Augustin. I mean how do you thank them? I did thank , but it is never enough !! In Paris if somebody does that , you only think of angels 🙂

I was reading “Pelican brief” while traveling in U Bahn U6. I got into the train from Olympiazentram, with the book in one hand and bag in other. A lady took the same train,she was also reading a book. The train was packed, we were standing side by side . She asked me what I am reading ,shown her to me, did some chit chat. Then she got a seat in the corner and called me to share it. I said its okay and within miutes I got a different seat. Marienplatz came and I thought I would say goodbye to her. She was so kind, she said happy weekend , and do not keep reading only, eat something. I nodded and about to get down, she came to me with a butter fruit and said, please take it and eat it. I was so overwhelmed by her kindness. First I did not want to take, but saw I may hurt her feelings, so I took it. She said I will be very happy if you eat it. Can you believe? She thought, I am so busy in reading that I am not going to have anything to eat ! So she gave  me her food. How kind is that! I do not even expect that in my own country! And here she did something my mother would have done.

There have been many, this time! The old lady blessed me with a nice smile and German mixed English while waiting for Bus for Garching, the guy who waited 1 hour for us while travelling from Toulouse to Paris as we were late, the cab-guy in Salzburg who dropped us to the station from the end of the town so that we can catch the bus on time, the bookstall owner in Amsterdam who gave me a little book as a gift while I purchased others and so on!

I will keep remembering I met you guys..

18 thoughts on “Random Act of Kindness” 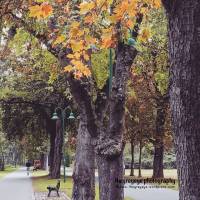